Folklore on How to predict a hard winter in the South

There is much Appalachian and Southern folklore around ways to look to nature to determine how hard the winter will be. Among these observations, the monarch butterfly holds a special place in Southern folklore. 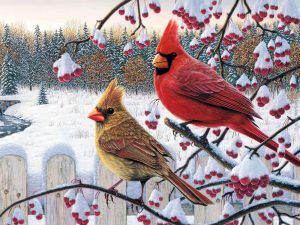 summer flowers, we may very well feel that the worst of winter is yet to come. Yet no matter how hard winter may be or how long it may last in our area, one day in early spring we’ll surely notice several signs: beechnuts are abundant for wildlife; storms seem milder than usual; insects are active throughout the day. We know then that the worst has passed and that at least this year’s cycle of seasons will soon draw to a close.

Some of them include:

– the number of fogs in August. For every fog we have in August, that will be a day of snow.

– Wooly worms which range from an amber color to variegated to black, an amber band around the center means a mild winter and a solid black one predicts a hard winter. Historically, this has been found to be about 80% accurate.

– If squirrels are very active gathering up nuts like chestnuts and walnuts quickly, it is a sign of a longer winter

– If the locally grown onions and corn have thicker skins and husks than normal, the more layers you’ll need to put on this coming winter. 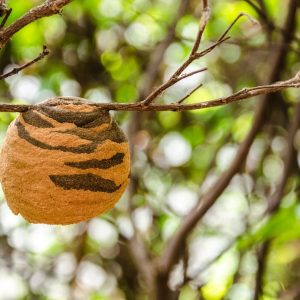 -The thickness of the husk on chestnuts, which will appear thicker when a tough winter is coming. This works to an extent, but usually only one year in four or five has a really hard winter.

-In autumn, harvest grapes from vines that have been undisturbed for several years and count the number of rotations the sun makes around the patch of earth where they grow. If you get more than 255 rotations before a killing frost, you can expect a very cold winter. As it turns out, if you get fewer than 90 rotations–the weather should be milder still.

-An increase in the number of wasps and hornets in September indicates a harsh winter to come.

-The amount of sun or cloudiness on Halloween determines what the weather will be like for the rest of the winter. If it’s sunny, there will be no more snow; if cloudy, expect an average winter; if it rains on Halloween, there will be a lot of snow over the next several months.

-If animals tend to get frisky before a hard winter, don’t put your stockings up yet! A “jumping” mouse is a sure sign that you’ll have a tough ride ahead. Pig mating season is another good predictor: it starts earlier and is more frequent and intense when the weather is going to be cold.

– How many nuts or acorns a squirrel stores away in his den indicates how tough it will be the coming winter. If he has prepared for a goodly deep snow, we can prepare accordingly; if there seems to be little preparation, we can expect only the average type of winter.

– If oak leaves curl up and fall early in September, then harsh weather will come before Halloween.

– The intensity of spiderwebs spun late in the year indicates how bad the following winter will be: spiders tend to weave thinner webs when they’re expecting foul weather ahead than when they expect warmer times to follow.

– Look closely tree bark for signs of buckling and twisting by the bark of White birch, Sweet gum, and Tulip poplar; this is a sure sign that severe cold is coming. 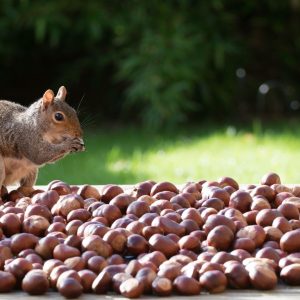 – If the forest floor has plants blooming in September, it’s an early warning signal of a hard winter ahead. Mushrooms like morels grow only after there’s been a good soaking of rain during low temperatures; this weather pattern often coincides with harsh winters.

– A change in the color and quality of grasses and weeds signals whether or not the following winter will be mild: tough stuff indicates bitter cold to come, while tender shoots indicate an early springtime.

These were some of the most common signs that foreshadow winter that we Southerners look for. Remember, these are not foolproof indicators and they don’t always work as predicted.

Find some more folkloric signs about winter from the Farmer’s Almanac here, and don’t forget to find some more Southern folklore here, or prep for winter with some of your favorite aromaG’s candles and teas.

But with all this information at your fingertips, what would you do to prepare for winter? Do you have any other traditions or superstitions about the winter season?