Crossroads Magic – Going to the Crossroads

The Magick and Meaning Behind Going to the Crossroads 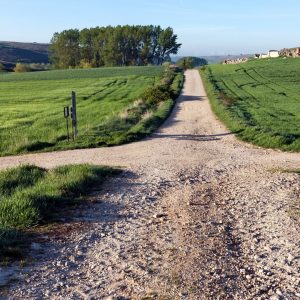 According to tradition, a crossroads is a spot “between worlds” where supernatural spirits can be contacted, and paranormal events can occur. Crossroads magic can signify liminality, a place that is “neither here nor there,” “betwixt and between,” and so indicates a point where two worlds collide. While many people think of a crossroads as just the intersection of two highways, they can also be a spot where land and water meet, such as a beach, a place where a field transitions into a forest, or even a doorway. Some people think of a crossroads as a fork in the road where you must choose one way or the other. But a crossroads is really any intersection of of road or passage with two or more branches. Some people prefer to only work with a crossroads that has four paths, creating a cross or ‘X’ pattern.

In Greek mythology, Crossroads were associated with Hecate and Hermes, and shrines and rites for both were held there. Due to Hermes’ affiliation with travelers and duty as a guide, the herm pillar connected with him was widely used to identify these locations. Though Hecate’s link to crossroads was less well-known in Greek mythology than Hermes’, it was more deeply rooted in ritual. At each new moon, ‘Suppers of Hecate’ were left for her at the crossroads, and she was known as the ‘goddess of the crossroads.’ The three faces of Hecate can be a depiction of the road. Hermes is mentioned in several myths as assisting people during transitions. Similar customs can be found in India, where the god Bhairava is said to guard crossroads, and stone phalluses and eye statues are frequently erected to honor him.

Crossroads in England, Ireland, and Scotland

In the United Kingdom, criminals and suicides were traditionally buried at crossroads. This could be due to the community’s crossroads defining its boundaries, as well as a wish to bury those who broke the law outside the village, or because the multiple routes would confuse the dead. Crossroads were also frequently utilized as a site of criminal punishment and execution (e.g., via gibbet or dule tree), which may have contributed to the fact that suicide was considered a crime. This crossroads burial ceremony dated back to Anglo-Saxon times and was practiced until 1823, when it was discontinued. 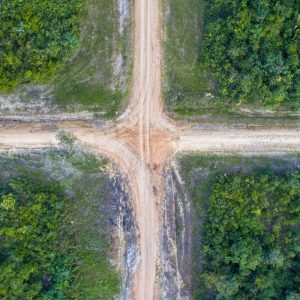 Crossroads Magic In the Hoodoo Tradition

“If ah want tuh go gamblin’, go to a crossroads ‘fore de sunup and have de dice in yore han’s . . . an’ shook dem dice at dat crossroads until de sun gets up where yo’ kin see it” (excerpt, Harry Middleton Hyatt – Hoodoo – Conjuration – Witchcraft – Rootwork) 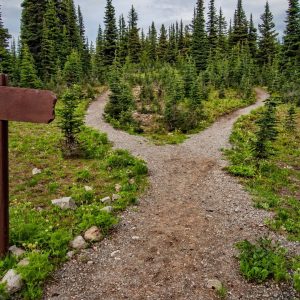 Crossroads are thought to be haunted by numerous spirits who delight in perplexing travelers, according to folklore. The meeting and parting of ways, which are frequented by ghosts, devils, the Devil, witches, and fairies, can also be used to summon the same spirits who appear there. The shape of the crossroads can also be exploited to defend against them. The crossroads is used in hedgecraft as a transitional space for traveling to the Otherworld and communicating with spirits. It’s a fantastic location for working with local spirits, Fae, or hedge riding. According to Germanic tradition, you can become Der Teufel’s servant at a crossroads in order to attain your heart’s desire. Christians regard Der Teufel to be the devil. A little sacrifice was necessary to become his temporary servant, but this later changed into the permanent sale of your soul. Witches would gather at the crossroads on Walpurgis Night, most likely to converse with the devil. 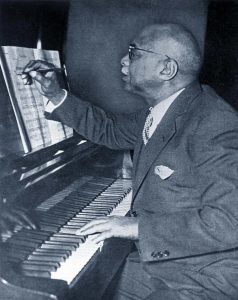 Some 20th-century blues songs, such as Black Spider Dumpling’s (John D. Twitty) Sold It to the Devil, may be about making a bargain with the devil at the fork in the road. Many modern listeners consider Robert Johnson’s “Cross Road Blues” to be the best song about soul-selling at a crossroads. According to folklore, Johnson allegedly sold his soul at a crossroads in order to learn to play the guitar.

Another well-known Blues song, recorded by W.C. Handy, alludes to a historical spot in Moorhead, Mississippi, where two train tracks crossed: the Southern Railway and the Yazoo Delta Railroad, often known as “Yellow Dog.” According to legend, while waiting for a train in Mississippi, Handy overheard a guitarist singing and playing in a way he had never heard before. It was Handy’s first experience with the music that would come to be known as Blues. He was affected by the musical style he would soon help to define while at his crossroads—one of intersecting paths. Harry Middleton Hyatt compiled the first large collection of reports of this ceremony done by African Americans in the US South in the 1930s. Many of his informants were not musicians and were looking for other abilities, such as being able to shoot dice and win or being able to tap dance.

Disposing of magic at the crossroads

Crossroads disposal can also be used to dispose of candle wax, ashes from burned incense, petition papers and photographs used in spells, and leftover powders from any ritual that had a negative intent or did not involve you directly. A full raw egg used in a personal cleansing ritual is the only relic of a positive spell traditionally carried to a crossroad and flung into it. The reason the egg should not be buried on your property is that it contains all of the negative influences that were pulled out of the person who was cleansed. Instead, breaking it at a crossroads allows the dark energies to dissipate harmlessly among passing strangers. The same goes for disposing of the water used in a spiritual bath where all the absorbed “bad vibes” are given to the spirits of the crossroads to finalize instead of it resting at your home. We found an interesting article on using conjure to open the roads by our friends at Crescent City Conjure.

In crossroads magic a crossroads is created by drawing a cross in chalk on a roadway (many times an intersection will do), but if no crossroads are available paper must be laid down flat upon the ground and marked instead. After marking the paper, it’s turned up toward the sky, which allows spirits to travel down along it and into this world. The most common method of using the crossroads in hoodoo is for the disposal of used magical items or to nullify magic by leaving the items at the intersection and never looking back. The crossroads card in the Lenormand card divination system gives you two paths, two solutions to any difficulty. The choices are rarely simple and must be carefully considered. This is the ultimate card of free will, demonstrating that you always have the option of going one way or the other. It also signifies that a decision must be made is you are to move forward. The Crossroads, in general, signifies alternatives, possibilities, and potentials – for example, currently unrealized abilities or yet-to-be-achieved objectives.

You can employ the crossroads magic in your personal practice in a variety of ways, from communing with deities to interacting with spirits. These entryway areas offer a plethora of magical possibilities, many of which aren’t even covered here. On the other hand, Crossroads are not simply geographical locations but also moments, such as nightfall, morning, and turning points in your life or magical practice. Use these times and places to seek protection, commune with your ancestors, leave offerings for a god, clear a blockage, dispose of spell leftovers, banish negativity, create objectives, seek guidance, or conduct any other magic you think acceptable for calling upon the power of the crossroads. The crossroads is the ultimate location for restoration in our lives — it is where therapy and messages are found. There are diverging paths before you, none of which leads back to the past. When we are at the crossroads, we have the opportunity to ask the universe anything.