Protection from Ghosts and Ghouls in Appalachian Folk Magic

For the Appalachian folk magic practitioner, the otherworld is all around us. We exist in a world inhabited by little people, ghosts, spirits, demons, and angels. Yet, most people are taught to deny the existence of the otherworld and its entities from the time we are small children. Following in the footsteps of their Celtic ancestors, Appalachian folk magic practitioners regard natural openings or doorways as sacred places — the portals between worlds. Caves, lakes, stones with naturally occurring holes (holey or hag stones), graveyards, and mountain tops are all believed to be places where one can glimpse into the spiritual world. Since the spirituality of the Appalachian folk magic practitioner is so far interwoven with nature it would be incorrect to think of this spirituality as an organized system of mystical beliefs or practices. It is looking at nature differently, appreciating all that God created – both the everyday and the mysterious. 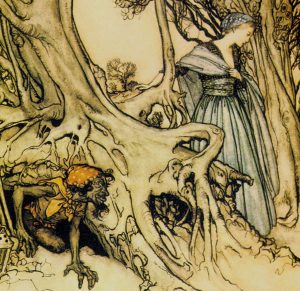 The otherworld is populated with various kinds of entities that are seldom regarded as spiritual beings. They are more often thought of as creatures or animals. The Appalachian folk magic practitioner regards these entities as being less evolved than the human race, but none-the-less deserving of respect. This can be seen in how Appalachian folk magic practitioners relate to their animal familiars — even if the familiar was once a person who was somehow transformed into an animal through magical means. The otherworld also contains good and bad faeries (a form of little people), elves, dwarves, trolls, giants, witches (good or evil), angels or fairies masquerading as people, ghosts (usually deceased family members) that will sometimes linger near their graves, and ancestral spirits who may dwell in an old home place or other location where they once lived. These entities can interfere with individuals, groups of people, or even whole communities. Appalachian folk magic practitioners work to protect themselves, their family members, neighbors (or community), livestock (and crops) from the harmful influences of these otherworld entities by employing various types of charms and spells.

One example is a spell intended to prevent a witch from bewitching a child. It is called “binding” in the vernacular of local tradition:

Take nine stalks of red thread that has been braided together and tie nine knots in it while saying: “As I knot this string so I knot you three times three. I bewitch you witch and none can do so more.” Place the knotted string in a tree for nine days or until it rots away completely.

These folk magic herbal charms often employ natural objects such as roots, herbs, stones, bottles, animal skulls etc., to provide physical evidence of their magical power. Another example can be in this charm for protection against witches (who are thought to be human-like creatures that possess the power to assume animal forms at will):

An Appalachian Charm Against Witches 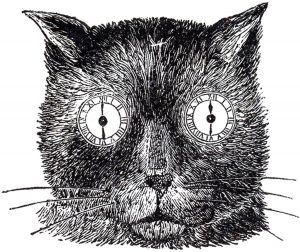 knots, saying “As this hair is knotted so I knot you. As this knot is tied so I bind you.” The remainder of the hairs are carried in one’s pocket or purse where they are believed to protect against witches coming near the person who carries them.

These hill-folk practitioners also use various colored candles strategically placed around their homes for protection against evil entities that may try to enter through doorways or windows. If there is a window above a doorway in which a person has been sleeping, a green candle should be lit on the other side of the window to protect him or her from harm caused by ghosts and ghouls who may want to enter through that doorway. Another method is to place a black candle within a circle of salt to keep evil entities away from its position for as long as it burns.

To Calm a Fussy Baby

To quiet a crying baby one would hold a lit candle over a vessel containing water while concentrating on what was wanted (such as peace and tranquility) while dripping the melting wax into the water. The vessel is usually kept near where the baby sleeps; other times it might be placed under its crib or chair.

Appalachian practitioners worked to protect themselves, their family members, neighbors (or community), livestock (and crops) from the harmful influences of these otherworld entities by employing various types of charms and spells, almost always from materials found right there in the hills.

Here are some featured products centering around Appalachian Folk Magic…

If you want to learn more about Appalachia, take a look at the The Official Magazine of Appalachian State University