Love Spell Ingredients – What Herbs, Roots, and Flowers to Use in Your Love Magick Rituals

By aromagregorytools of magic, hoodoo, magickal rituals, witchcraft and Wicca

Love Spell Ingredients – What Herbs, Roots, and Flowers to Use in Your Love Magick Rituals

Herbs, roots, and flowers have long played a role in the art of casting love spells. Just like love itself, love magick is a delicate balance of give and take – and so are the ingredients used in casting spells of passion, love, and lust. The Romans were especially fond of basil and burned the dry leaves to attract love to them. 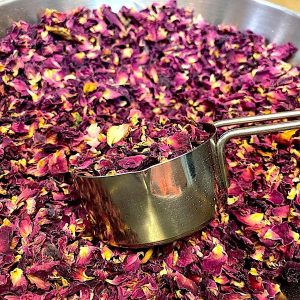 The Victorians used the language of flowers to convey their feelings to another by way of nosegays, also called tussie-mussies. Initially carried to fight off disease, these little, round bouquets of flowers and herbs were carried to send a message, depending on what flowers were included – lavender for loving devotion, bay leaves for fidelity, thyme for deep friendship, and so on. For centuries, folklore and mythology the world over have made mention of the symbolism of flowers. These meanings from many cultures are partly responsible for the ingredients used in magick and spellwork. Plants, minerals, barks, and some animal bones have historical associations with certain emotions, moon phases, seasons, and even predictions and omens. This is how we came to know which ingredients to use when casting a spell. These long-understood meanings are why thousands of men buy their love roses on Valentine’s Day – not a cactus or a bundle of ragweed.

Herbs and Ingredients to Use in Your Love Magick

Here are 25 ingredients that can be used in your rituals. Each of these herbs, plants, and ingredients has a unique property that can be beneficial in magic and love spells.

Adam & Eve root – Adam and Eve roots come from the roots of the Orchid plant. The ‘male’ roots are more elongated and usually the older ones while the ‘female’ root is rounded in shape and comes from younger ones. They are used in pairs for love work to make a relationship more committed and secure. For this reason, many people turn to Adam and Eve roots for strengthening a marriage.

Balm of Gilead – said to ease the pain of a broken heart and to comfort those in need. Since it is known for calming arguments, it is often used in magic dealing with reconciling two people, bringing peace to a troubled marriage, and helping to make a couple’s home peaceful again.

Basil – used in spells of love to make emotions sweeter, it is often called upon to bring arguments to an end and dissipate negative emotions between two lovers. Often used for luck.

Bay Leaf – this well-known culinary herb was once used to crown Greek victors. Brings protection, success, and visions. It can magically be used as an alternative to petition paper, similar to the way some write on the bark. Can be used as a jinx deterrent by placing in the four corners of your property, your house, or a room.

Blood root – a native plant to the Americas, bloodroot was used by Native Americans to create dye but also for love. Magically, it is a marriage protector and aids in promoting harmony among family members, especially in-laws, to help prevent them from interfering in your marriage. Sew inside the pillowcases of you and your spouse if you feel someone is trying to disrupt your marriage.

Buckeye – carried to bring you money, good luck, and has also been used by some in divination by turning the buckeye into a pendulum. In the hoodoo, it is said to keep your pockets full of money. In the love department, it can be used as a charm for male potency, to protect your relationship, and to heat up the passion between two people.

Catnip – used in spells for joy, contentment, and beauty. It has been used to make another fall for you with its powers of attraction. In attraction spells, it is meant to draw people to you and have them bask in the glow of your company.

Coffee bean – increases powers of persuasion. Often used to stimulate spells and potions to make results happen faster. Used as an ingredient in passion spells to increase male desire. Damiana – the herb of passion that sparks new interest in your sex life; it is known as the ‘love herb.’ Is used in all kind of magick that deal with sexuality, stamina, and virility.

Deer’s Tongue – used in opening up communication, which is good for solid relationships. Can be used in drawing a love interest towards you.

Dixie John – used for matters of love and family, it is also called Southern John or Low John. If an interloper threatens your marriage, Dixie John is said to drive them away. Also known by the names Beth root, Red Trillium, and Wake Robin. Said to be good for the sex life.

Honeysuckle – the sweet scent of honeysuckle is said to bind a lover to you. Because it draws things near, many use it with green candles and the herb alfalfa to draw in more money. Some use honeysuckle oil to increase their psychic abilities by anointing the forehead.

Hydrangea – often used in love magic as a replacement for Queen Elizabeth Root. Widely known as an unhexing plant that can be worn on yourself or scattered around the house. Some burn the root to rid a property of a jinx or curse. Use during uncrossing spells to help put up an extra barrier between you and the person you are trying to break free from.

Jezebel root – Jezebel Root is any of five species of Louisiana Iris, including; Iris fulva, Iris hexagona, Iris brevicaulis Iris giganticaerulea, and Iris nelsonii. Originally used by prostitutes to get paying clients, it is more modernly used to get money out of a stingy man. Many exotic dancers carry it on them to increase their tips. Another name for it is Painted Whore. 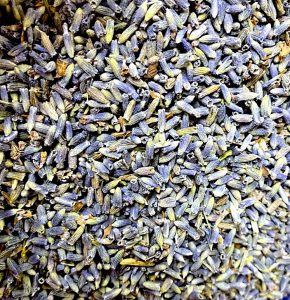 Lavender is often included in love spells, but it also helps strengthen the bonds between friends

Lavender – Lavender is a flower of friendship and harmony. It’s often included in love spells, but it also helps strengthen the bonds between friends with its calming effects to assist you while sleeping or focusing on something else like scrying. Worn as an amulet against cruelty from spouse and protection against nightmares due to their powerful fragrance helping keep away evil thoughts/dreams, it is associated with the third-eye chakra and used to center the mind.

Lodestone’s magnetic powers draw in the things you desire, such as power, luck, money, and love. Can help to attract and bring into your life the things you want. Also known as a grounding stone.

Lovage – used in glamour and magic of allure, lovage is popular for getting people to notice you. Used not only in spells of attraction, it is also used to make you more attractive to those around you. Also associated with psychic dreaming and purification.

Magnolia leaves – increases love and loyalty and encourages fidelity by placing under your mattress or under the bed. Used to solidify your commitment to each other. Can also be used in a controlling manner to keep a man from performing for no one else but his wife or partner.

Marigold (calendula, aka pot marigold) – marigolds can be added to a magical bath for attraction and confidence, helping you to win over the respect and admiration of everyone you meet. Also used to create a happy, warm, and sunny atmosphere in the home.

Patchouli – considered an aphrodisiac, patchouli is often associated with love and passion in relationships. While some might consider it a masculine scent, it is considered gender-neutral in magic. Also a popular ingredient in money magic.

Queen Elizabeth root – from the rhizome of an iris plant, it is also known as Orris root. Traditionally, a woman would carry the root to attract a man and have him fall madly in love with her. Good for matters of communication and helps to promote success and popularity.

Raccoon Penis Bone – also known as a love bone, it was an old Southern custom, most often used in Hoodoo, for a man to give one to a woman to show his intentions of love to her. An alternative would be for the man to bury the bone beside or beneath her porch to convince her to love him. Can also be tied underneath a bed to heat up the passion between two people by amplifying sexual pleasure.

Rose – used to induce dreams of one’s future love. The main ingredient used in love spells. For emotions and divinity. To build a long-lasting relationship.

Tonka bean – associated with the planet Venus, carry a tonka bean with you to attract love and romance. Some choose to carry 3, 5, or 7 beans corresponding to how many days they wish to draw out their attraction spell by carrying that many beans in their pocket then placing them under the bed in the evening. (considered toxic to consume in the U.S., also be careful around pets if you plan to place them under the bed)

Verbena – used for drawing in new love and bringing your inner beauty to the surface. Verbena was wildly popular in the Victorian era as an ingredient in perfumes, which led to its association and connection to beauty. On the flip side, it is sometimes used for breaking a curse or as an ingredient in break-up spells.

Violet leaf – when it comes to love work, violet leaf is used to heal a broken heart. Many use it for peace, creativity, and for attracting prophetic dreams. In love, it could be focused on having your dream about your future partner. 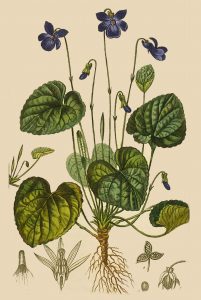 There are a wide variety of ingredients used for love spells not mentioned here, all used for a broad range of conditions that deal with love: passion, fidelity, marriage, pure lust, fertility, and attraction. The 25 we showcased above should give you a running start on casting that spell to bring you lasting love and romance.

For spells to use these ingredients in, try the book Casting Love Spells – Rituals of Love, Passion, and Attraction.