By aromagregorysabbats and holidays, celtic and pagan, witchcraft and Wicca

Between Winter Solstice and Spring Equinox is Imbolc (pronounced em-bolg). Imbolc translates roughly to ‘in the belly.’ and signifies the quickening of new life within Mother Earth and coincides with the stirring of the seeds that were planted at Solstice. Occurring sundown February 1st to sundown February 2nd, Imbolc is one of the four fire festivals on the Celtic Wheel of the Year. Evenly spaced throughout the year, these fire festivals mark the sun’s transition through the seasons. The other fire festivals of the Celts are Samhain (October 31st), Beltaine (May 1st), and Lughnasadh (August 1st). While Imbolc is usually celebrated from February 1st to February 2nd, the exact midpoint between the winter solstice and spring equinox, falls around February 6th or 7th. Just as this holiday’s agricultural roots emphasized planting new crops, Imbolc can be when people implement new plans and ideas. Other names for Imbolc are Feast of Waxing Light, Feast of Pan, Feast of Torches, Lupercalia, and Brighid’s (pronounced breed) Day. Wiccans, Druids, and followers of ancient European earth-centric religions celebrate Imbolc.

Appropriated into Christian practice, Imbolc was syncretized to Candlemas. And, in the modern secular world, it is reworked as Groundhog Day. No matter what name we put upon this part of the year, there is no doubt that we look toward the promise of sunnier days and warmer temperatures, still knowing that nature may have a few chilly surprises for us until the coming of springtime. 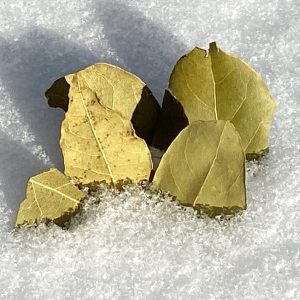 Bay leaves stuck into the snow is said to symbolize the coming of Spring.

For Celtic peoples, Imbolc marked the time to prepare the fields for the first planting. No longer having to be dependent on stored hay, they put their farm animals out to pasture. They could now air out their barns and homes that had been shuttered throughout the cold winter. Fresh milk flowed because of the newly born animals in the pens. So, this point of the year represented a time of cleansing and rebirth. To celebrate the pregnancy of their farm animals, they held rituals to thank the powerful fire and fertility goddess Brigid. Some historical records show Imbolc marked the first day of ‘ewe’s milk,’ (a translation of one of its alternate names, Oimelc) when sheepherders noticed their animals’ cycles shifting toward lambing. It was believed that in mid-winter, at Imbolc, the cattle would walk knee deep through fresh green grass in preparation for spring. As they ate their way to the ground the land would be fertilized. It was also thought that when you were finished eating your oatmeal on Imbolc morning it would turn into butter before day’s end.

So, why is new life and springtime associated with this holiday when much of the Northern Hemisphere is still enduring wintery temperatures? You have to consider the pregnancy symbolism associated with Imbolc. New life is within the womb before it is delivered into the world. With this in mind, we can understand Imbolc as a celebration of the life that has not manifested outwardly yet – but we know it’s on the way.

Brighid is a Celtic goddess of fire, information, smithcraft, poetry, healing, midwifery, and divination. She’s also a goddess of home, hearth, and hospitality. As a cleansing and purification rite, priestesses would burn a sacred flame to honor Brighid during Imbolc. In the Roman Pantheon, Brighid corresponds to the goddess Minerva (Greek Athena). It is said that St. Brigid or St. Bridgit (the spellings are interchangeable) restored milk to a neighbor’s livestock out of pity while she was a poor young girl living on a farm. 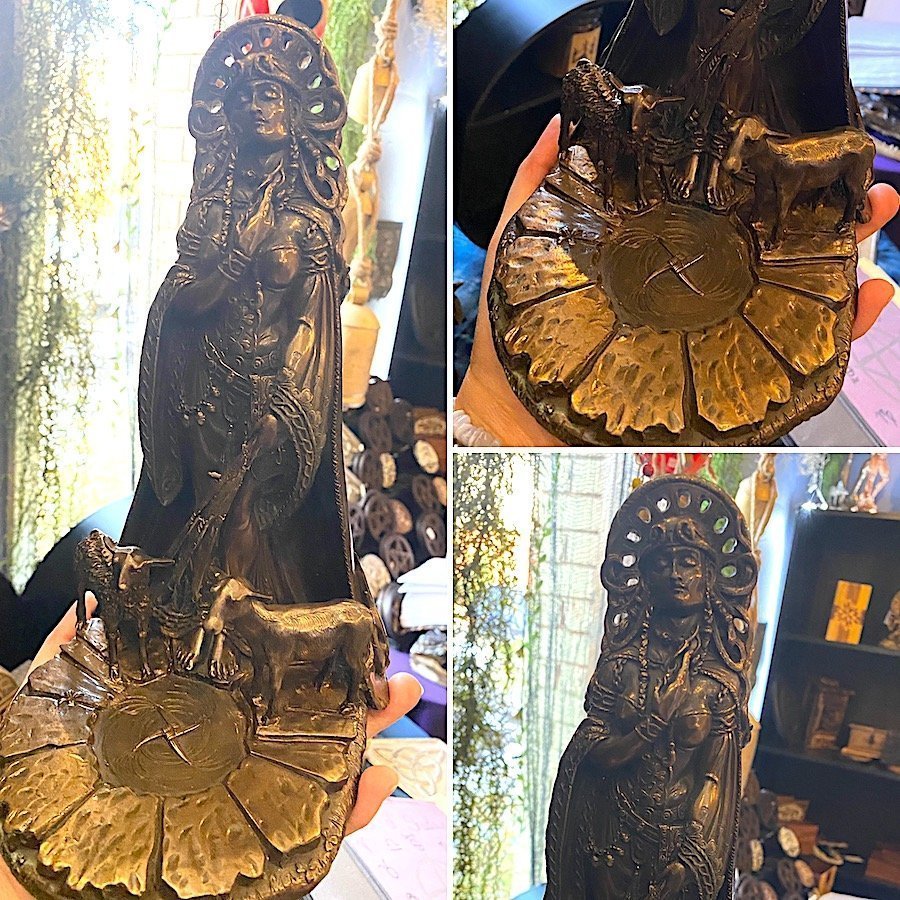 Imbolc is the time to honor Saint Brigid

The Brigid’s Cross is a popular Celtic symbol. It is also known as the Saint Brigid’s Cross. The cross usually consists of three or four interlocking circles that are used to represent the Trinity.

It is said that Saint Brigid, created the original Cross using rushes or reeds from her home. The crosses are made by weaving one reed or rush through another. The number of intertwined rushes in the pattern represent the number of original convents that Brigid founded Saint Brigid’s Cross was also a pagan sign for Brighid and it is said that every woman should have one to protect her during childbirth and while breastfeeding. The cross can be used in magic to bring about changes and to protect against misfortune and can be used as a talisman for travelers, sailors and those who travel long distances by land or sea. The cross should be hung in the home to bring protection and security there. It can also be worn as a pendant.

Mark this critical time of year by planting your garden. Don’t worry if you don’t have a lot of space – even a small windowsill herb garden will work. Because Imbolc is a fire festival that marks the lengthening of the days as light returns, light candles to honor this time. Consider using red or white candles. Red symbolizes blood, which is life. White symbolizes the milk that nourishes life. Cinnamon, a herb with fiery associations, is a great herb to use in your Imbolc celebrations. You can add it to your celebratory foods, or you can burn cinnamon incense to fill your space with the exciting energy of this holiday. Don’t forget to honor the goddess Brigid! A traditional way to honor her is to make a corn husk dolly representing her. Women in the Scottish Highlands made Brigid corn husk dolls and placed them in baskets (representing a bed or baby crib). This evoked symbolism of the mother and daughter archetypes bringing forth life.

Food was, and is, a popular way to celebrate Imbolc. In homage to the farming roots of Imbolc, indulge (and share, of course) in dairy products, lamb dishes, and mutton. Sheep’s milk cheese is especially appropriate, seeing as it reminds us of how Imbolc marks the time when ewes bore their lambs. Baking bannock bread in honor of Bridget is another tradition. What is bannock bread? Bannock is a type of flat bread, usually round and cooked from grains or oats. A bannock is usually cut into sections before serving. Special bannocks were cooked in the names of rituals and festivals. For Brigid, it was known as “Saint Bride’s bannock.” Today we often jazz up this bannock with dried fruits like figs or raisins.